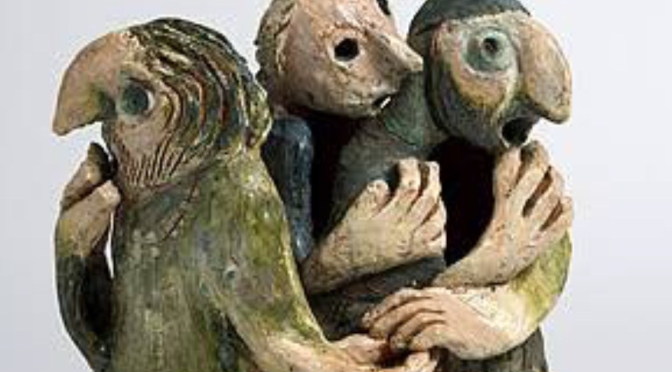 During the recess of WW1 and WW2, could the German Jewish war veterans that fought for the German Army, have imagined that a new war was coming, that would destroy them, if it could. In those day’s Europe folded, now they follow the piper. These are new days.

In the second war, some unlikely alliances rose to survive; England, Russia, Australia, New Zealand and the Old Commonwealth; then the Americans came to fight. As these quarters rested, new wars brewed and we often wonder, who lit the match. The Asian wars, the African wars and the Middle East. Nation against nation. Weapons, Hired Guns and Slaves are a thriving enterprise and someone is making a profit.

Refugees; homeless, all full of anxiety, rock in the ocean and await angry shores for a smile, a wave and a welcome new home. Could it be you, will it be you?

How do you prepare for war? Who are our friends, who is a spy? If the bully fails, are we safer or worse off? Do our blind guides know where they are going?

Will the garden idols save us? Who are the hired hands fighting for? Don’t lose your head, stay calm; why should we care?

How do you prepare for war? Will your house survive? Where will you hide? What will you wear? Can you make a fire, or plant a garden when the fuel and food are gone. Who will you pray too, when the bombs fall? Ask a refugee and ask how they survived a war.