Complicit, a documentary by Heather White and Lynne Zhang, has completed a 2 year journey around the globe. Opening night began in London on March 11 2017 and it screened at the Melbourne Documentary Film Festival on July 14 that year; since then, it has completed its epic run at the Friday Harbor Film Festival, Washington this month. It took 3 years to make and has earned 16 prestiges awards. The story is told by the victims.

Kunpeng had developed cancer linked to a cleaning solvent containing benzene, a known carcinogen. He entered the factory when he was 19 years old and—by age 22—was diagnosed with leukemia. During our many interviews with electronics workers as well as those from other industries, we discovered that the incubation period for occupational leukemia in China’s electronics factories typically occurred after 2-3 years of exposure in the workplace.

For 18 months, Kunpeng’s family had unsuccessfully tried to get his medical expenses paid for by his employer, Dutch semiconductor manufacturer—one of Holland’s largest producers of components and semiconductor equipment for the electronics industry. The family and the company were at a stalemate when we arrived in 2013.

Yi was helping Kunpeng’s family petition for an acceptable settlement . They weren’t able to pay for chemo or surgeries without the company’s support, which eventually they received. Ultimately, Yi’s help led to a much higher settlement agreement (US $100,000) than the industry average. However, early treatment is critical, and doctors said Kunpeng had no chance of survival. Not wanting to be a burden on his family he committed suicide in 2015.’ H.White

Kunpeng is only one of the young men and women whose life is cut down. The gadget they were making will be upgraded for newer version in the same time that they receive their diagnoses. One persons smart purchase is another death sentence, how can this quandary be understood within a moral and economical context. 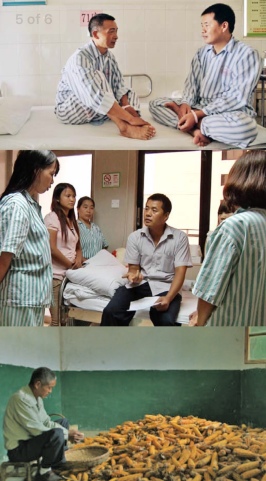 Is moral responsibility a luxury we can’t afford

In a world rich in technology have we become so poor in Spirit that we are scrimping to find time for each other, are we slaves to money and has money made us so poor that we can’t see the suffering anymore, or even care. What does it matter if we can park a car in front of a big house if the water and air is toxic. Chinas problems today are our problems tomorrow, it is the investing countries that have set the standard that our children will inherit.

‘Because you say, ‘I’m rich; I have become wealthy and need nothing,’ and you don’t know that you are wretched, pitiful, poor, blind, and naked, I advise you to buy from Me gold refined in the fire so that you may be rich, white clothes so that you may be dressed and your shameful nakedness not be exposed, and ointment to spread on your eyes so that you may see’  Revelation 3

How can someone believe they are wealthy, when they can’t afford morality; to think they are free when money has bound them to silence.

‘COMPLICIT was filmed in several provinces in China— something we cannot imagine trying to do under today’s Chinese government crackdown on civil society. We also filmed in the U.S. and Netherlands. I decided the public interest would be better served by a film which powerfully conveyed all that we discovered, and put the book on hold to make a feature length documentary.

I hope that after watching COMPLICIT viewers will feel a sense of increased connection to the workers that make the devices we as consumers can’t live without, and understand the risks associated with chemicals used during their production.’ H White

As I complete this article and read todays news, the headline reads:

‘Teenage girl left with a screw lodged in her cheek after blow dart attack …narrowly avoided losing her eye.’ 9News

We have lowered our standards for economic wealth and our social environment is in tatters. It’s never to late to turn back and amend our wrongs. We have to boycott companies and banks that don’t merit our business.