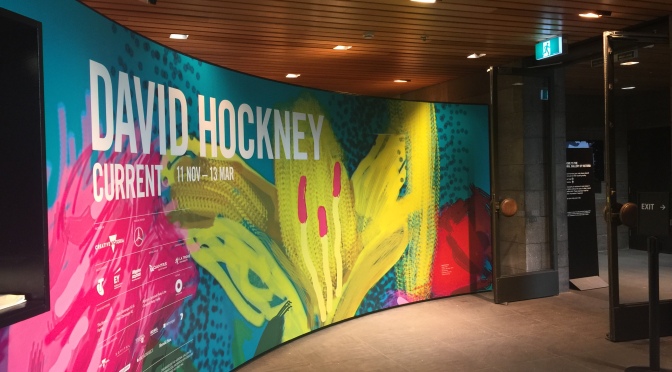 Hockney is both artist and philosopher and does not leave ‘Art for Arts-sake’,. He has a dilemma and a relationship with the camera. It’s an interesting journey. Hockney wants to break free from the ‘window to the world’ and look upon life with fresh eyes but memory draws him back into the abyss of ‘what if’. It’s this challenge that makes his work exciting and current.

Hockney was an early explorer of new technology when others were still reckoning with it. The perplex of the eye informing Art or the camera has etched itself into his work. The inner debate of Hockney is explored in his art and educates the viewer. He is an intellectual and art is his vehicle

Hockney challenges the limitations of the camera but continues to return to it. He has a union to technology that he cannot divorce himself from and that’s fine. As Hockney searches for the truth and is willing to film it; we benefit.

Hockney knew that 14th Century artists were using the ancient Camera Obscure,  a technique that reproduced a slide show via light and darkness onto a canvas. He devoted a few years documenting it and producing evidence.

Maybe in the early years, Hockney was criticised for letting the camera inform him and he aimed to provide its legitimate history within the Renaissance . He ended up proving and providing something more important, it works either way.

The pool and boys journey in LA begins as an eye and brush experience.

‘Though there was no photography used in the swimming pool paintings, because the camera “freezes” the water, which was not the effect he was after, he did continue to use it as n aide-memoire’ Christopher Simon Skykes 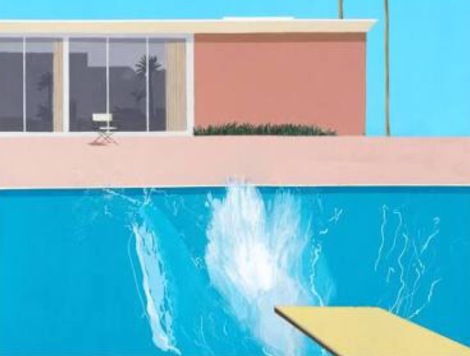 Hockney could capture the movement and effect of pool water with his eye but needed the camera for the Splash!

When Hockney returns to the English countryside to capture the seasons, he faces extreme weather and does not photograph the landscape. He forsakes a cosy studio for art of plein-air. Back indoors however he views the photographs of his work and aims to create a cinematic version within a jigsaw. The camera is back. The final twist is that the weather weathered work informs the photograph.

Take the journey and roll out the green carpet for David Hockney at NGV International.