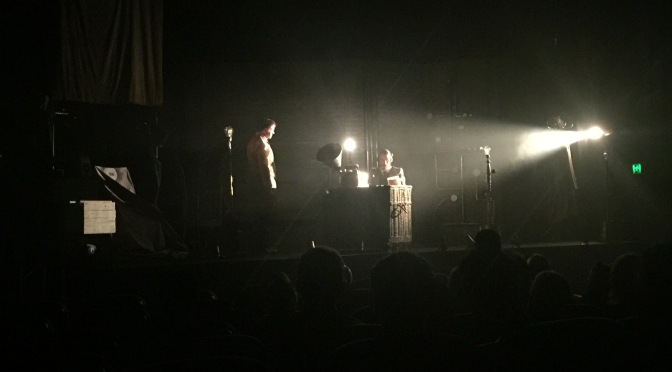 The Woman in Black is a psychological thriller with a mystery at the heart of it. It takes the audience on an imaginative tour, where their own thoughts interplay with the drama before them.

“they saw things that didn’t happen in the show” Justin Stephens, Director.

Stephens is drawing upon 25 years of theatre experience to present this production with two key actors, Chris McLean and Kieran Tracey, that are ‘on top of their game.’The Woman in Black” is a horror novella written in 1983 by Susan Hill. The play has startled audiences around the world. 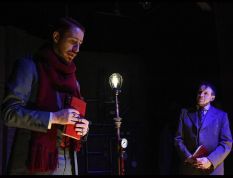 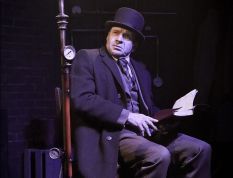 Don’t expect to be spoon-fed, its a subtle work with confounding possibilities. Flawless acting, clever direction and trick lighting; engage the minds of the playgoer. The ‘not seeing’ creates the atmospheric conditions of strangeness.

“Creating a vision of actors on a journey” Stephens. 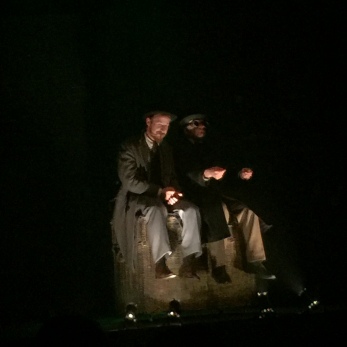 Ironically, Stephen’s acting career began in an effort to combat an early speech problem. Many successful artists have grown from adversity into major success stories;such as Warhol,Beethoven, Einstein and Dali, just to name a few.

“The power of theatre and how it can transform” Stephens

The drama explores tragedy, the coping and non-coping elements, of the human experience. All those memories that haunt and prevent us from a full recovery, are confronted in a dire straits situation, where he/we must face our fears.

“Even the most rational minds can play tricks in the dark” from James Watkins 2012 film version. 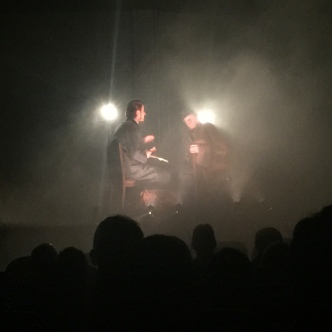 A menacing and sinister fog welcomes the audience into a Gothic drama that explores the space between life and death.  It’s a well written play,  beautifully executed by the actors with atmospheric effects that conjure an unsettling mood. There is a lavish opulence of poetry and theatrics in thick layers. It is theatre at its best, it is a work of Art.